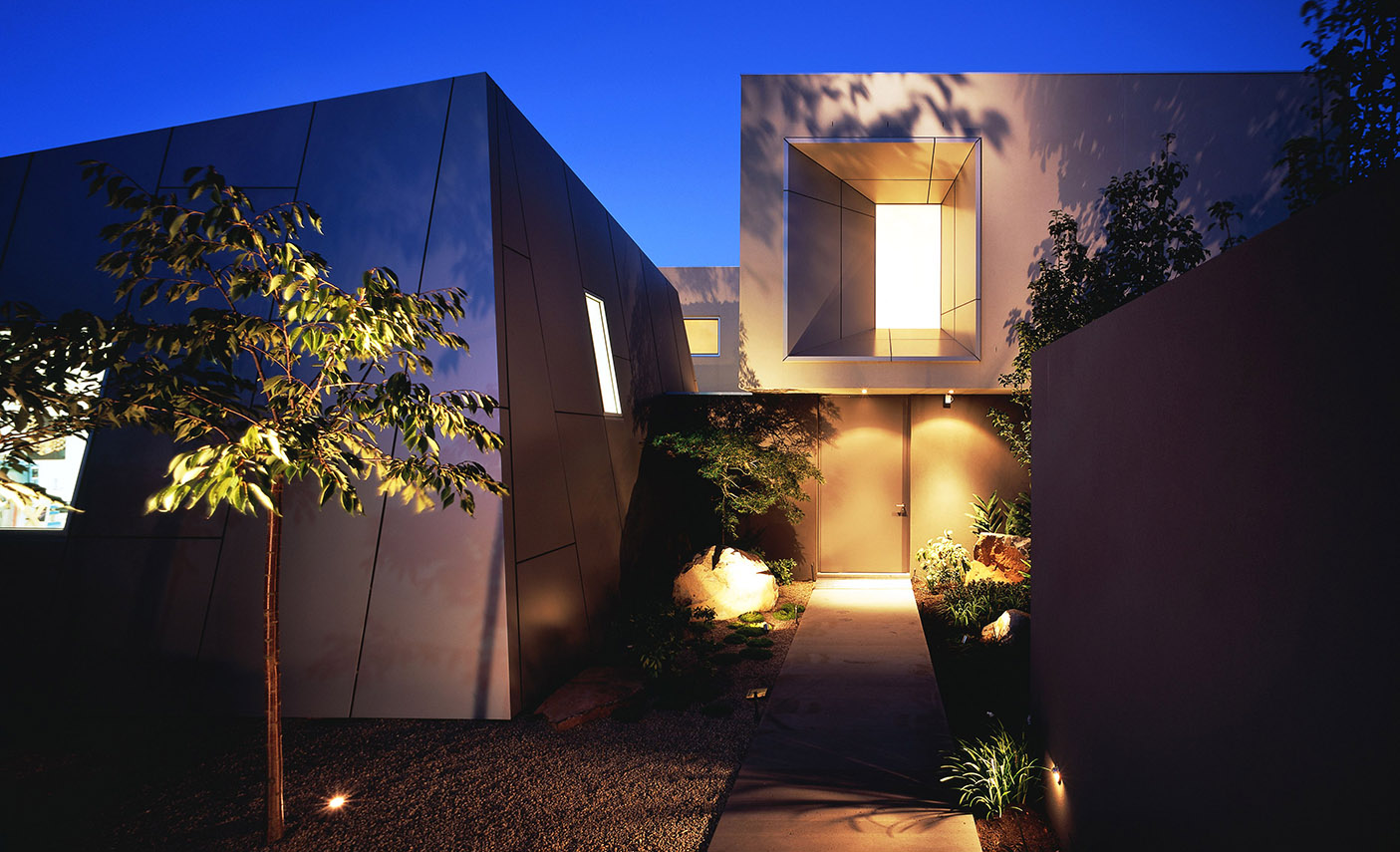 Malvern is a popular suburb, just 8km from the city. It is bound by Gardiner’s Creek to the north and east and Dandenong Road in the south. The area experienced rapid urbanisation at the turn of the century and was became part of the City of Stonnington in 1995. It has beautiful winding streets and avenues that feature stunning estates and villas designed by some of Victoria’s best architects.

The area has many restaurants and cafes as well as prestigious shopping hubs like Glenferrie Road and Malvern Village. If you are looking for something a bit quieter, Malvern has beautiful parks and gardens to relax and read a book on a sunny day.

It is also the perfect suburb for families with many schools close by including Little St Margaret’s, Malvern Central School and St Joseph’s Primary School.

Casper Architecture designed a modern studio house in Malvern that embraced minimalist shape and form. The property boasts a stunning home water feature that separates the living area and garden. While looking out the lounge window the trickling water seems to almost cascade down the windows while from the courtyard it acts as a backdrop to the lily filled pond. This clean and crisp home is an artist’s dream with a separate studio at the front of the house.