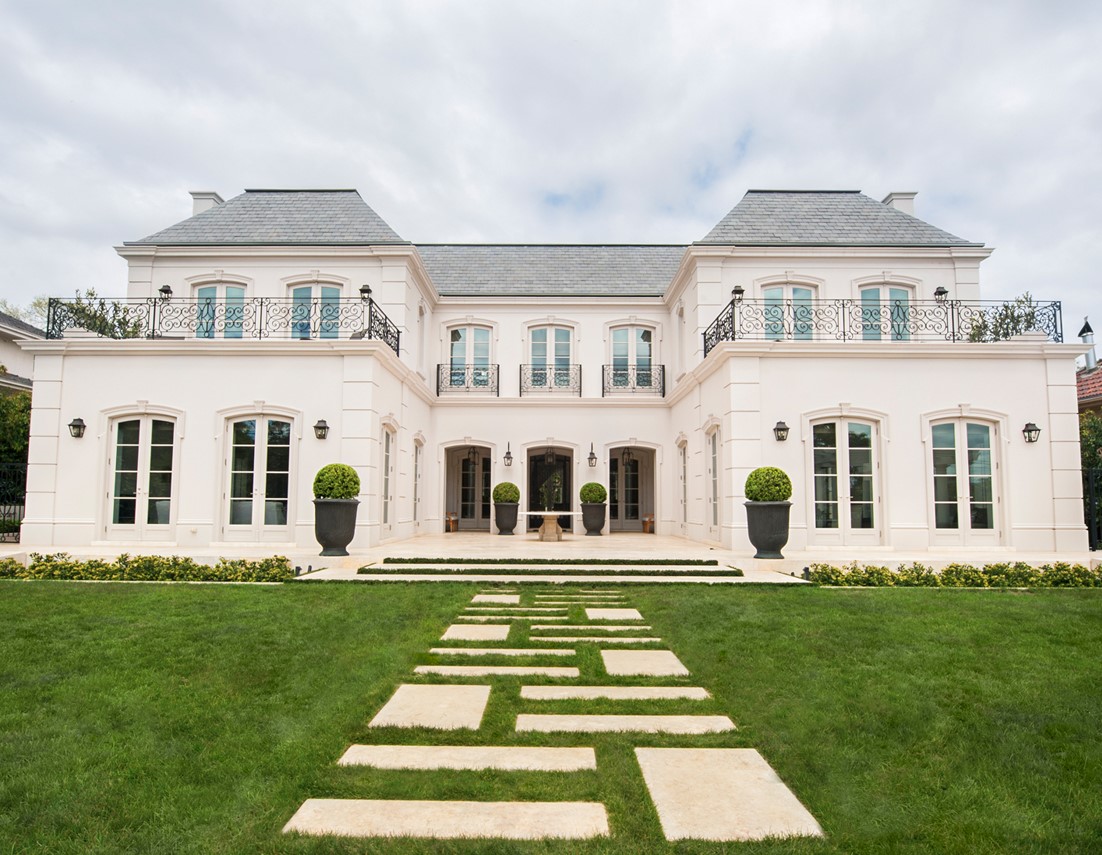 Toorak is one of Melbourne’s sought-after suburbs with trees lining the roads, classy cafes and luxurious shops and retreats, all within a stunning little village. It has a boutique feel while being just a stone’s throw away from the city. The suburb has established its own reputation, built upon its prestige rather than any natural features. It offers peace and quiet while still having so much entertainment within walking distance.

In 2012 we completed a grand build in the suburb, inspired by French architecture. The project was a collaboration between Casper Architecture, interior designer Thomas Hammel and landscaper Paul Bangay. It was designed to be a family home but also exude a feeling of elegance and style.

The seven-bedroom mansion has extravagant features such as a marble staircase, six ensuites, a pool, spa and underground parking. The interior has prominently crisp white walls that facilitate the flow of the rooms.

The French doors open to a stone terrace and beyond to a sprawling green lawn, accented by a perfectly sculpted garden. The exterior is also traditional white with stunning wrought iron detailing around the balconies and front door. The house has a wonderful sense of grace, proportion and style, beautifully detailed.